How we started,
Where we're going...

Before we were “Common Ground: A Covenant Church” we were known as Valley-Hi Covenant Church. And like the Biblical description of the “church”, it existed as a group of people devoted to Jesus Christ before it existed as a piece of property with buildings. The founders of our church attended another Covenant Church and met as a small group in each other’s homes in what was then the growing southern edge of suburban Sacramento. But God was stirring a vision within them. And they prayed. Charlon Peterson, a long time member, put it this way:
“God said: Leave the comfort and familiarity of this church and go to the land that I have waiting for you. I want you to take possession of the land and build a place where the people who will settle in the land can learn from Me, learn to love Me and serve Me.” 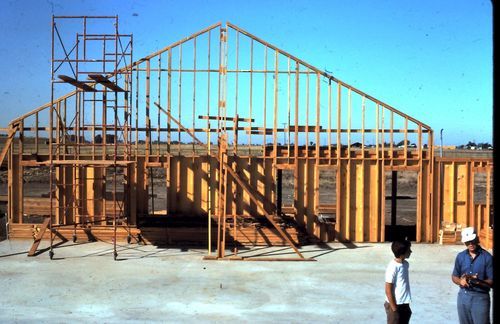 By November 1968 the group agreed to be the charter members of a new church named the Valley-Hi Covenant Church.
It turned out that the promised land was 5 acres of oat hay in an undeveloped area that would, when homes were built in the 1970s, become Arroyo Vista Drive in the Valley-Hi neighborhood. But before they could possess that land, they continued praying and meeting first in a home, then in a store front and later in a Seventh Day Adventist Church. 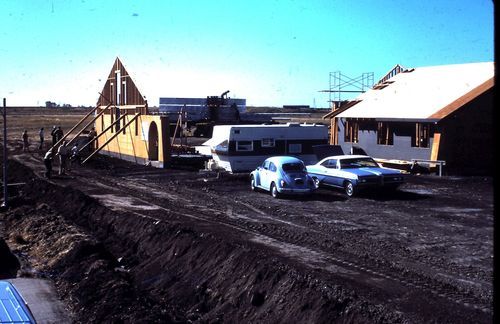 And God added new people who brought with them their God-given gifts and skills. Following the vision God provided, they designed, financed and built a sanctuary/ classroom building on the promised land utilizing their own labor. On Wednesday evenings about 35 adults and their children would come together and pray even while the building around them was still under construction. Today that building is called the Valley-Hi Building/Youth Center.

God was busy. The neighborhood grew and so did Valley-Hi Covenant Church. Under the pastoral leadership of Kurt Miericke, lively worship services coupled with Bible-based teaching for all ages produced more growth.

The congregation prayed and asked God how best to serve the community for Jesus. An extension was added to the original building for classrooms. This was followed by a new multi-purpose classroom building with a kitchen and space for meals and for larger gatherings. Like the original worship building, this too was a “do-it-yourself” project utilizing the vision, gifts and skills of the people that God had called together. The building was named the Ralph B. Lewis building after the passing of the church member who designed the first two structures.
God had more ahead for this congregation. Worship attendance in the early 1990s began to push the capacity of the original sanctuary. The complexion of the Valley-Hi neighborhood was changing. Questions about the next steps ahead for this church circulated. Again, Charlon Peterson recalls that the church prayed:
“Lord, we’re a white church in a community of mostly non-white neighbors. How do we minister to our neighbors? Do you want us to move as so many churches have?”
A task force was given the charge to explore options and make a recommendation to the congregation on where God was leading this church at the end of the 20th Century. Under the guidance of the pastor Wayne Carlson, the task force produced Vision 2000 in 1993.
Valley-Hi Covenant Church would stay and continue to minister where it was planted. Several pieces were already in place. First, the land and first two buildings were paid off thanks to the generosity and stewardship of the members. Help also came from the Covenant denomination through “Frontier Friends” and “Giving for Growing” funds and from generous individuals in the Pacific Southwest Conference. Second, only about one-third of the property had been built on leaving plenty of room for expansion. And both the church leadership and membership believed the church was called to continue ministry in the Valley-Hi area and not uproot itself and move to the fast growing developments in Laguna Creek and Elk Grove. In the Spring of 1997 after a three year capital campaign to raise funds to secure a construction loan and a year of building, Valley-Hi Covenant Church held its first worship service in its new Worship Center. This time the building was designed by a local Christian architect to blend with the style of the original sanctuary and the Lewis Building and was built by a local construction company. 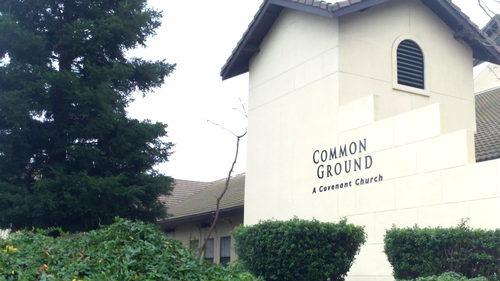 God again answered prayers about reaching a neighborhood that was changing. A Mienh (Laotian) immigrant family approached the church about using part of the available land for a vegetable garden. That family plus other Mienh families in the neighborhood soon embraced Jesus and that led to the founding of the Jesu Mienh Covenant Church. The Mienh congregation shares the property and meets in the Valley-Hi Building/Youth Center. At various times, the promised land and its facilities have served two Hispanic congregations, a Filipino congregation, several black congregations and community and school groups.

The parent congregation however, remained predominantly white as the 21st Century opened as did its pastoral staff. The Lord brought families of color who joined the church and served in leadership and in other ways. But the congregation and staff did not represent the neighborhood or the increasingly diverse population of the city of Sacramento. Many of the long-time members and regular attenders now lived outside the Valley-Hi/South Sacramento area. Again, the church was faced with questions about how to minister where it was planted. But the story of this congregation continues.

Where we are headed...

God had more ahead for this congregation. Worship attendance in the early 1990s began to push the capacity of the original sanctuary. The complexion of the Valley-Hi neighborhood was changing. Questions about the next steps ahead for this church circulated. Again, Charlon Peterson recalls that the church prayed:
“From the time that the first group huddled together praying for God to show them how to bring His light to a community that hadn’t been developed yet to the present time when people of many ethnic backgrounds join together in worship here at Common Ground, we have been praying. Our skin color may be more varied then the original members but we continue to use the same “Book of Plans” (Bible), the God whom we pray to is the same, the community’s need for the Savior is the same, and Jesus is that Savior as always”. 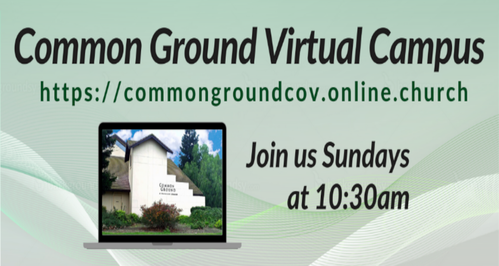 Join us in-person or virtually. Click here to learn more